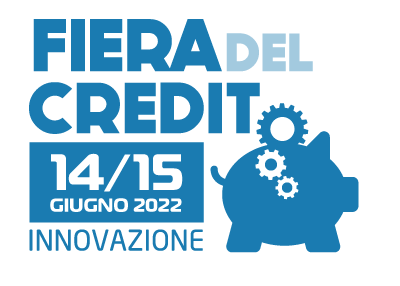 KF Economics will be present at the third edition of the Credit Fair in Milan. A rich set of companies and management professionals, banks, credit managers, lawyers and accountants, to exhibit services and discuss the future of practices, tools, rules.

If last year SevenData, a scale-up Martech (Marketing & Technology) data-driven company founded in Milan in 2017 and specialized in the collection and processing of official and alternative data for advanced marketing systems for SMEs and the PA, expanded its perimeter through the acquisition of ShinyStat, a technological platform for web analytics and on-site Marketing Automation that allows companies to collect leads and develop e-commerce on their website, this year the Martech company expands its perimeter shopping in the field of high-profile statistics and data science, becoming the controlling shareholder of KFE, a boutique specialized in the creation of decision-making systems for credit risk analysis.

The signed agreement provides for the entry of SevenData into the capital of KF Economics with a majority stake of 60%. The founding shareholders of KFE (Equita K Finance included) will remain within the shareholding structure as minority shareholders with a 40% stake. Figures with proven experience such as Paolo Lasagni, Francesca Grasselli and Francesco Pattarin, co-founding partners of KFE together with Equita K Finance, will therefore continue to contribute to the growth of the company with their skills and will have the opportunity to develop new business by joining of the world of SevenData.

Published today on Il Sole 24 Ore the research by K Finance, Italian partner of Clairfield International, in collaboration with Borsa Italiana, on the attractiveness of Italian sectors, 2017 edition. The photograph taken by K Finance on a sample of over 49,000 companies of 17 sectors based on the 2016 financial statements reveals more dynamic, less bank-centric companies, willing to open up capital and to project themselves more and more on international markets, in other words more attractive for investors and industrial partners. Among all, technology is highlighted, followed by media and tourism. At the bottom is the food sector, preceded by raw materials.

The conference deals with the importance of defining, measuring and controlling the risk associated with your supply network.

SWITCH is presented, an innovative tool born from RISE’s research, which allows an immediate assessment of the health of the supply network.

The conference is aimed at company management, front-line managers and those who work in the area of purchasing, procurement and procurement. 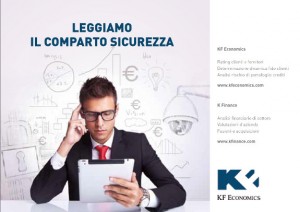 We are now on the fourth appointment with Italian Security Leaders, Top 25, the awaited financial survey developed annually by the magazine a & s Italy together with analyst KF Economics.

It is therefore time to take stock also on the four-year plan, comparing the performance of the security sector over the entire period of time between 2011 and 2014, with a look already projected, however, on this 2015 closing. Well, while analyzing a non-brilliant four-year period for the Italian economy as a whole, the survey reveals the photographer of a now mature sector, which is growing continuously without compromising its profitability.

Here is the link to the report: italian-security-leader-top25-2015_it 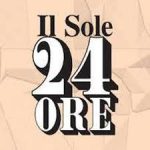 The magazine a & s Italy, leader in technical publishing for the security sector, in collaboration with KF Economics have drawn up the second edition of the “Italian Security Leaders, Top 25” survey. The survey shows a picture of the performance of the players who dominate the Italian security market, providing particularly important indices to frame the state of health and trends that govern a sector that, even in 2012, boasted a respectable performance.

At a glance, there is a decline in revenues compared to the excellent 2011, but this is an extremely limited value and which indeed represents the stability of the sector, especially when looking at margins. In short, even in the austerity of 2012, the companies that produce, distribute and install security technologies in many cases have had the ability to safeguard profitability. The principle that “being generalists doesn’t always pay off” was confirmed: both producers operating in multiple segments and companies with a mixed production and distribution model lose turnover and have modest profitability. On the contrary, companies focused on specific operating segments seem to bring home better results.

The distributors sector, which had recorded very sustained growth in 2011 (over 50%), slowed growth (+ 2%) while maintaining normal gross profitability (EBITDA / V around 5%);
system integrators confirm a higher profitability than distributors (around 7% as in 2011), but growth has stopped (-3% compared to 8% in 2011);
producers show a higher average profitability than distributors and integrators (we are talking about 11%, higher than 8% in 2011), but also in this case the double-digit growth in turnover recorded in 2011 has stopped (-1 %); among the manufacturing companies belonging to the sample analyzed, the segment that is most profitable is that of Anti-intrusion, accompanied by Fire Protection and Access Control. This data, partly the result of the peculiarity of the sample analyzed (which does not include multinationals, mainly dedicated to video surveillance technologies), can also be assessed in terms of the historicity of the anti-intrusion companies and greater customer loyalty; video surveillance, which had shown great growth in 2011 (over 30%), suffered a notable stop (-11%), however offset by a slight improvement in modest profitability (from about 4% to 5%). This data can also be analyzed in relation to the constant increase in the offer, which also includes operators from other sectors (IT, surveillance) and the simultaneous reduction in the costs of the units sold, especially for new generation technologies (IP video); access control, which had a high profitability (10%) but did not grow, in 2012 instead grew (+ 10%) but at the same time lost a lot of profitability (3% in 2012).

The financial solidity of the companies collected in the sample confirms that also in 2012 the security sector was able to express average values ​​of absolute excellence compared to the manufacturing industry average. From this point of view, producers are the segment that generates the most value, compared to distributors and system integrators, while producers / distributors have a considerable solidity / rating but a lower average financial value index.